Take Steps Towards Financial Freedom! The Self Help Guide is $289 and includes the 90-Day Credit Education and Restoration Program. Learn More > 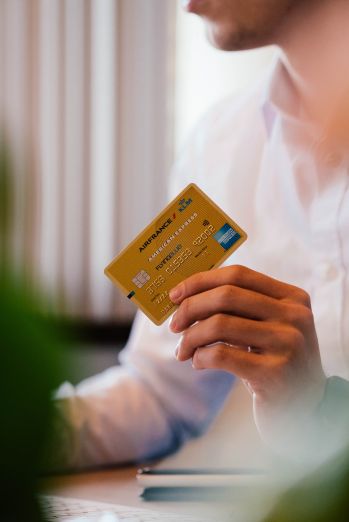 Did you know that having a high credit score just means that you’re good at borrowing money? That’s your reward for making timely payments consistently for a long period of time.

Think about this – When you borrow money, you will now be charged interest as a penalty – for borrowing – so the amount you pay back now becomes greater than the amount you originally borrowed. Hmmm… Interesting, yet a brilliant concept – right?! It’s called being a Debtor to the Lender. How about switching this scenario and actually being in a position to Lend to someone in need instead of always being the indebted one.

Truth be told, it’s the lending industry that has put such a demand on having high credit scores. The belief system is that a high credit score gets you more and a low credit score makes you pay more – to get the “more”. While this holds a great deal of merit, specifically, when it comes to installment loan applications, car loans, and mortgages, lenders additionally have some negotiating power and may play an active role in making decisions on whether you are approved or denied credit.  So let’s explore credit scores. 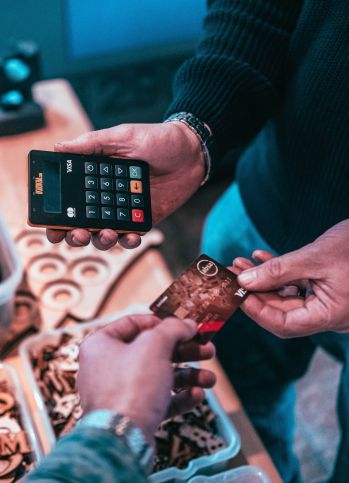 Your credit score is a three-digit number generated by a mathematical algorithm utilizing the information contained within a consumer’s credit file. This numerical number can predict potential risk associated with lending money to consumers. It helps a lender determine its risk to help mitigate losses due to acquiring a bad debt or debtor (consumer). Credit scores can also provide a reflection of a consumer’s repayment on credit obligations. Ideally, the scoring system allows creditors to evaluate applicants consistently and impartially to determine their creditworthiness.

There are also various versions of the FICO scoring model that can provide industry-specific scores:

Example: If you’re purchasing a car, a FICO auto score may be helpful since it’s used in the majority of auto financing-related credit decisions. The same may hold true if you’re applying for a credit card. A FICO bankcard score may be used since it’s specific to that industry and used by many credit card issuers. 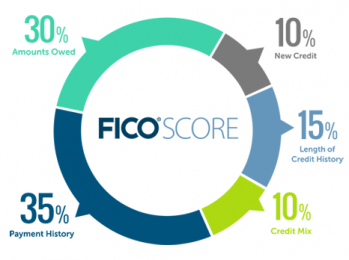 Even with the multiplicity of FICO Score versions being used throughout the credit world, they still share the same premise – having the ability to detect high risk versus low risk applicants. Similarly, good credit behaviors like paying your bills on time and keeping a low debt to credit utilization are also reflected in credit scores. All of these factors work in tandem to allow your FICO scores to be accepted across the board.

There are five factors that determine your three digit credit score. Some weighing heavier than others: (graphic). However, a scoring system may not use certain characteristics like race, sex, marital status, national origin or religion as factors. Although age may be a factor with some creditors, any scoring system that includes age must give equal treatment to elderly applicants. 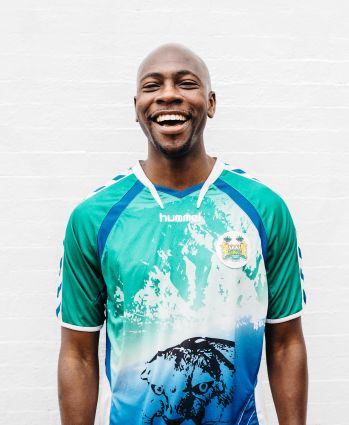 Generally a credit score of 700 or higher would be considered very good and with major buying power. An 800 credit score is considered exceptional and can pretty much allow you to obtain whatever you desire. A score in the mid 600’s may result in a demand for more money as down payment and higher interest rate when making a major purchase like a home or car. However, that same 600 score may be adequate enough when applying for credit in department stores.

For more information on how to maintain a positive credit score, order your copy of “Becoming Credit Worthy. On Sale today!